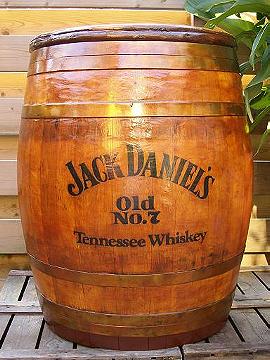 In celebration of the 150th anniversary of the Jack Daniel Distillery, the oldest registered distillery in the U.S., Jack Daniel’s Tennessee Whiskey  announced the Jack Daniel’s Barrel Hunt. It is a global scavenger hunt that will unite Friends of Jack across the world. The first Barrel Hunt will take place at the home of the distillery in Lynchburg. It starts on July 1 and visits more than 50 countries in 90 days. Jack Daniel’s will provide clues via its local Facebook pages to help fans find the hidden whiskey barrels around the world.  They have the opportunity opportunity to win unique, specially designed prizes to commemorate the distillery’s 150th anniversary.

“The 150th anniversary is a major milestone for the distillery and is a perfect opportunity to invite everyone to join us in our celebration of Jack Daniel’s with our first-ever global Barrel Hunt,  Mark McCallum, President of Jack Daniel’s said .

Each hidden barrel in the scavenger hunt was handcrafted from the distillery and used to mature Jack Daniel’s Tennessee Whiskey, before being specially fabricated for the Barrel Hunt to house prizes. These prizes include an original, one-of-a-kind bar kit made with white oak from the barrels. Barrel Hunt winners will also receive the authentic Jack Daniel’s barrel they found. The prizes are tailored to each region that participates in the Barrel Hunt. From July through September, 150 handcrafted whiskey barrels will be hidden in various regions across the globe.  They will be located at historic and cultural sites. There will be clues available on Jack Daniel’s Facebook pages to help guide fans to the secret location. Clues tied to the history of each region will be provided on the day of each local Barrel Hunt. Barrels will be opened when the first person to arrive speaks the correct barrel password. Updates and results will be shared as barrels are found around the world and prizes are claimed in each region.

Kindly note that Payment on Delivery is NOT available. Thank you. Dismiss