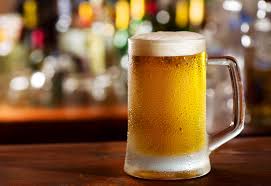 Not only does drinking beer make you feel amazing and like a champion, it has really awesome benefits too! Here are five benefits of drinking beer, according to science.

A study conducted at Oregon State showed that mice given a high-fat diet and xanthohumol (“a natural flavor found in hops and beer”) had their insulin and cholesterol levels cut significantly. The bad news is you’d have to drink 3,500 pints a day to take in that level of xanthohumol. So now you can tell people who ask you to go the gym that drinking beer helps you lose weight already *wink

2. It’ll help you after you have a heart attack

Harvard researchers found that men who drank two drinks a day (aka a bottle/can of beer) were “42% less likely to die from heart disease.”  Isn’t that awesome? Now you have excuse to spend as much time as you want at the Bar and indulge.

3. It could help prevent Alzheimer’s

A university in Madrid found that drinking two beers a day “limited the ability of aluminum to damage the brain,” which is good, because aluminum is thought to be a factor in causing Alzheimer’s.

4. It improves your sleep

This study was done by Spanish researchers and only the effects of Non Alcoholic beer were tested. he study, which featured 17 nurses as participants, found that the volunteers fell asleep 12 minutes faster and tossed and turned less when they drank non alcoholic beer before bed.

5. It could help prevent cancer

Researchers at the University of Idaho are working to extract compounds from hops that they think might fight cancer and other inflammatory diseases.